With the passing of Ziggy Stardust, Bowie’s face pops up at regular intervals in the news, on the facebook, and even in the stars. Now, to be honest, I don’t know that much of David Bowie. There’s only one song I know pretty well. Let’s Dance. And only because that was featured in films and games. Still, every time I see Bowie’s face pop up, those two words come with them.

So that got me thinking about Dancing.

Now let me get one thing straight: I am absolutely deplorable at dancing. It takes an extraordinary amount of spirit(s) to even get me to an establishment where dancing is appropriate. When there, I prefer to stand in a corner, indulging into more of said spirit and wait for all this to blow over. Any inclination to move rythmically is paired with the following thoughts: 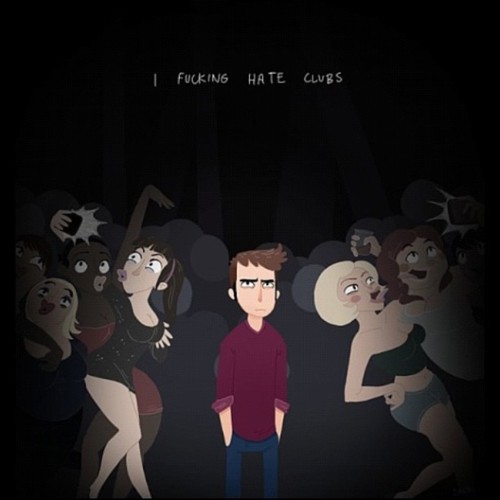 So yea. Not a big fan of dancing. It’s too spontaneous, too emergent, and apparently it’s about letting go of all restraints and just get down and boogie. Trying to impose order, reason, or any sort of system on the movements is bloody impossible. I am too addicted to rules to enjoy this kind of dancing.
That said, I do know one or two things about ballroom dancing. True, my sense of rhythm still is crap, but I do know the moves. Give me a suit, a bowtie and a nice dancing partner and it might actually look like something. At least there you have some ideas on how to proceed, instead of constantly thinking up what comes next. A beautiful routine in this case is not how badly you can shake whatever you have, it is how well you can follow the rules. Does this make me a stickler for rules? A lame person?

I hope not. So how to understand this?
Again, play can offer us an answer.

The rest of this blog will be explained in interpretative dance

Huizinga, on the first page of his oft-cited Homo Ludens, made the oft-cited claim that play comes before culture: “PLAY is older than culture, for culture, however inadequately defined, always presupposes human society, and animals have not waited for man to teach them their playing” (1955, 1). He sees play as being at the basis as anything that forms culture – in his text mostly related to religion. Huinzinga devotes quite some time explaining the relation of play to rituals, ultimately concluding that these rituals, like so many other elements, are “rooted in the primaeval soil of play” (idem, 5).

Let’s do a little, prejudice-laden, thought experiment. Think of a very early form of civilization – primitive if you will. Such an early culture thus also arose from play but is still largely determined by it in many of its aspects. Most likely the picture you formed in this experiment contains scantilly dressed people, with shamans and stuff, dancing around a campfire, possibly brandishing spears. Racism acknowledged, there’s probably an aspect of dancing in it. From very early culture on, dancing was a characteristic. From the primaeval soil of play, dancing then is one of the first activities to rise.
Therefore, analysing dancing and its development through the lens of play, might yield an explanation of my distaste of discos.

Above, I described two forms of dancing: ballroom and the more modern club scene. Their distinguishing element was the existence of standardised moves or not. Such a distinction between order and chaos; organised and perfectable moves vs. freestyle improvisation, can be found in play theory as well, in the work of Roger Caillois. He distinguishes between:

Caillois explains that ludus has a civilizing quality, imposing order on the chaos of the child’s play of paidia. The folk dances from our thought experiment could be interpreted as close to paidia. Frantic movements abound after all. But some order is creeping in as well. To make it rain, the shaman must perform the correct moves. Here, with the establishment of culture, paidia is slowly civilised into ludus – structuring the dance.

Then what about the other kinds of dance?

Spoiler: Something has happened to the rain dance

Ludus: Ballroom Dancing
A smooth quickstep, a gentle Waltz, Speedy Jives, Fiesty Tango, whatever. All these dances have specific rules and moves to be carried out in order to look fancy. For the quickstep, I was taught to start with the right foot, move it to the wall, side-slide-side, and the foot goes to the middle again. Those are the basic rules.
Further adding to its Ludus character, the ballroom dances feature in competitions and are judged on how well they execute the moves – how well they play by the rules in a sense. This kind of dancing is then based on order – frivolous order, for there is plenty of room to experiment with rules – but an order is present. In a way, ballroom dancing is like a game – unlike play – for it has a clear goal (execute the stuff flawlessly), possible moves, and space for player interaction (what move to do when). Like when playing Monopoly, you know what to expect, you just get to fill in how you deal with it.
Does this mean I am simply an order-freak? Is that why I like ballroom dancing better? Because I can practice it, work out the technicalities and ultimately use my gathered skill to play the game? Maybe. Let’s compare it to the other kind of dancing.

Doesn’t get more ludic than this

Paidia: the Club Scene
Ok, little caveat here, I have very limited experience with this kind of dancing. So maybe my analysis is off. But here the moves are much less limited and predetermined. Depending on the music playing and even the moment in the music (think of before the beat drops) some conventions may exist, but overall, how you interact with the music depends on your own creativity and flexibility. Apparently white people are less attuned to this kind of play. Trying to impose order will leave you lagging behind the music, for the moves must emerge. Getting down to boogie is often described as ‘releasing’ or ‘liberating’ for it is exactly the letting go of the desire for order that makes this kind of dancing so unpredictable and free.
In a way, it is then the closest to play. Screw the cultural norms or any kind of civilization, just surrender to the music. Some can do it, some can’t. If you can’t, you enter clubs with a head full of order – you come to play a game. But basically the rules are worth shit there. No one seems to play along with the game, and you’re stuck there, trying to play by the rules while the rest is cheating and winning.
So that explains why I feel crap in clubs. But does this have a cultural significance?

Disco seems to be in between ludus and paidia, with some clear moves being thrown around in a seemingly random manner

The World is Ending
If Caillois is to be believed, the paidiac dance of early civilizations was gradually structured into more ludic forms, such as ballroom dancing. But then how do we explain the sudden reversal to a paidiac dance form in clubs? Does this mean we are becoming uncivilised? Is this truly the demise of culture as we know it?
Coming from the guy standing on the sidelines in clubs: yes, very much. You bloody heathens.

But consider for a moment the people that go to clubs. Highschoolers and students – indulging in all forms of experimental play that exist; breaking boundaries voluntarily, just to explore how far you can go. Such boundary exploration is a prime capacity of play, according to Huizinga.
Now take an average ballroom dancer. Probably a bit older, (I’m ignoring charismatic youths here). The more structured activity, often taking place on a set day in the week, fits in their ordered schedules. As a functioning member of society – a civil human or citizen – these ballroom dancers have ‘civilised’. They have embraced the more ludic side of play by imposing (possibly arbitrary) rules on the activity. Students lack such an imposed order and can still play with the boundaries.

Does this mean that all kinds of games only cater to old people? No of course not. But it is striking to note that the older we get, the less we play. Caillois’ civilizing claims may hold some truth after all.

Does that mean I’m acting like an old fart? Probably….

At least not all hope is lost….

Caillois, Roger. “The Definition of Play, the Classification of Games.” [1961]. In The Game Design Reader: a Rules of Play Anthology. Edited by Katie Salen and Eric Zimmerman. 122-155. Cambridge, MA: The MIT Press, 2006.