So Long (and thanks for all the fish)

So yea, today is the final day of my stay here.

Deadlines all passed, with one being an edgehogger in university, there was sort of half a week left to do stuff for shits ’n giggles. Frankly, sitting at home and playing videogames was appealing as well, so that was indulged in. That however, is hard to write about. What I can write about is Christmas in Denmark, or more Roskilde.

I went to the village of Roskilde, about half an hour by train from Copenhagen. This town is much like my hometown Hellevoetsluis: Lots of old people and school kids – all the students have moved to Copenhagen or some stuff. Christmas markets pop up everywhere in Denmark when it’s Jul (Christmas). Even in small Roskilde. Overshadowed by a huge christmas tree were some minor shops. The market was kind of crappy. The tree however, was part of a pagan ritual: 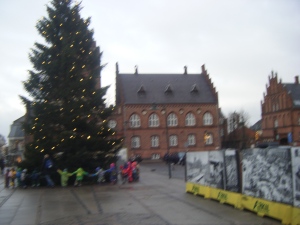 Kids, dancing around the trees, singing songs. It sounded like an evil incantation, but could also be just Danish. Who am I to tell or judge.

Roskilde is sort of famous for its huge cathedral. And yes it’s huge. It functions as the tomb of most of the Danish monarchs. The Monarch with the biggest scandal around him (Frederik 7) has the most opulent grave of all. This opulence continues really, in everything in the church being adorned with a note which explains out of what kind of expensive materials the things are made. No humility there. But hey, it looked nice, and I got a booklet. 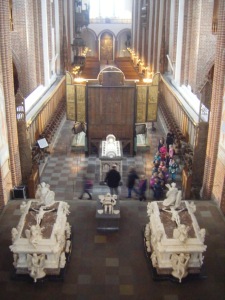 Completely the opposite was the Vikingship museum. Here lie the original boards of old Viking longships, unearthed from the sea in front of Roskilde. There was hardly anyone here and it was all rather calm and humble. A massive find and all the counter lady said was ‘yea, we found some boats, we’re pretty proud of it’.

Also, imagine vikings, so people with no shirt and beards, making replicas of these boats outside in the rain. Hitting wood with hand axes. Kind of badass.

So yea, now it’s time to actually leave. I sort of have mixed feelings about it.
Especially the last couple of weeks I was kind of sick of it all. Stupid Denmark with its wind and rain, weird language, fish, unaccommodating payment methods and annoying bureaucracy.

Then again, last wednesday there was a ‘Hand-in Bar’ (last bar of the semester at the university. Get pissed because you don’t have to do shit anymore). This meant drinking a lot of beer with the guys I made a game with. That was really nice. And at the same time, when I walked the half hour walk home afterwards, I considered how this walk, those guys and those rooms had become my new normal mode. So yea, letting that go is also sort of annoying, especially now that we’re sort of done for a while. 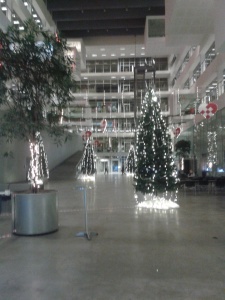 So long Denmark, and thanks for all the fish (No seriously, the amount of fish I ate here is too damn high).